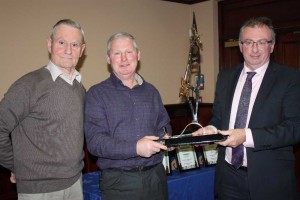 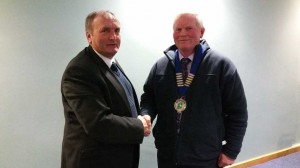 The INFC Annual Meeting will take place on Saturday 27th February. Ronnie Johnston has tendered his resignation as Patron. Please note the final date for joining this year has been brought forward to 12th April, don’t miss it! Individual Application forms are available to download from website www.infc.co.uk

Report to follow and AGM Review by Ronnie Johnston.

The Irish National Flying Club AGM will be held on Saturday 27th February in the Lagan Valley Leisure Centre in Lisburn at 2.00pm sharp. The membnership will have received the accounts and balance for 2015, the club is in a very healthy position on the financial side. 2015 was a good year for the INFC with all cups and trophies won, the annual dinner was well attended and enjoyed by all. The agenda is very light and I can see the turn-out of members being low when in fact it should be the exact opposite. The General Committee are always interested vin getting the opinion of the membership on the way forward for the club.

I have had the honour of being President and Patron of this great National Club and I believe without this club offering its membership exciting National racing with an array of cups diplomas and special awards to be won the number of fanciers would show a sharp decline. The balance sheet is very strong and I would like to see a special amount set aside for special prizes in the coming season. In 2015 the General Committee decided to allocate some £6,000 split over the 6 race programme – 10 prizes of £100 each -, single bird – free nom. I know several fanciers who won one of these prizes and they were more than delighted. The scheme was run along the same lines as the Kings Cup Single Bird Challenge and puts all fanciers competing on the same level – one bird per loft.

When on the Kings Cup Grand National for Old Birds would the committee perhaps consider a Single Bird Challenge for the Young Bird Penzance Grand National. Last year 766 members sent to the 2015 Kings Cup and yet only 542 entered the Single Bird Challenge, a free nomination. That’s over 200 members missing out! Trevor Topping has the Single Bird entry form now out to all members and they need to be returned to David Black by 17th March, it’s a great competition and I was more that impressed with last year’s result – 15 prizes were on offer and all the 15 prize-winners were in the Open Result. That’s a great selection on the owners part – with another £500 sponsored by the INFC we could go to 20 prizes for 2016. The club has the funds!

Fanciers will suggest the club reduce birdage for all races and again it has draw-backs, the fancier sending one bird will save a £1 but the fancier who can send 20 will save £20. With a membership fee of £15 I doubt if any other National Club has provided more exciting special prizes and awards for its membership which still stands at over 2,000.

The agenda is light for 2016 but the General Committee have two very important new rules to be discussed and hopefully passed. New Rule: Annual Subscriptions must be paid and returned by 12th April – No Application will be considered after 12th April. New Rule: When more than one application for membership is received from the same address, wach applicant to submit evidence they have their own separate loft and timing system. All applications in this category, to be made direct to the Management Committee, in writing.