On Monday an NIPA delegation travelled to Dublin Radisson Hotel for the annual meeting with Dublin Airport Authority. Those attending included Sam Briggs President, Fred Russell Secretary, Malcolm Livingstone Vice President, Jim Ramsey Race Advisor and Willie Reynolds PO. Other pigeon members in attendance included Sam Duke and Brendan McLaughlin for EDC, Eugene Fitzgerald IHU, Mick Gorman and Eddie Campbell ECF. From 2013 until April 2017 there were no pigeon strikes to report however in April we had three strikes within a month and this caused concern. Thankfully the rest of the year was clear but another strike was reported in March 2018 which was the first reported in this month of the year and a full month prior to racing. Organisations supplied race programmes for 2018 season and unless something major turns up the next meeting will be arranged for April in 2019.

See Report in the Forum under NIPA

Guidelines for release of Racing Pigeons 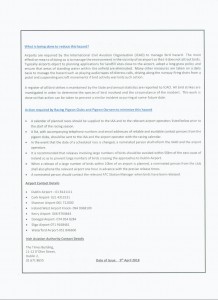 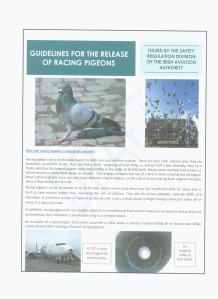 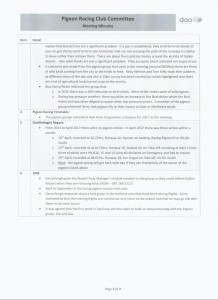