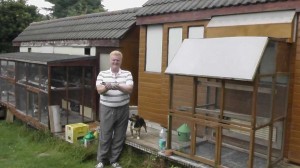 The pigeon that won the EDC Old Bird Derby and Millar Gold Cup is a two year old Blue hen. She was one of a kit of y/b bred by Mamwell Bros from Louth. She was sent as far as Penzance as a yearling. Then this year it was decided to get her ready for the O/B Derby. Stephen said “I was over the moon when I was told I was the winner of the EDC Portland O/B Derby but to my surprise there was even better news my wee hen had the best velocity of the mass liberation by 48ypm and had won the Millar Gold Cup. It was – A dream come true. My wee hen is now named “Rose of Sharon” after my wife Sharon”. Stephen Brown & Sons from Dundonald won the East Down Combine Fancier of the Year award in 2012 and have followed that up with 1st Open EDC in the Old Bird Derby plus Millar Gold Cup. It will be hard to get better that that! 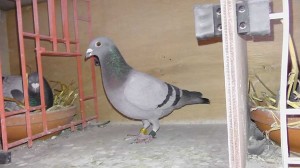