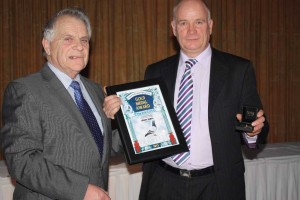 The history of the INFC Gold Medal is a story waiting to be told. At the AGM in 1979 Willie Reynolds proposed that the INFC present a Gold Medal to any pigeon that was an Open prize winner four times from the Kings Cup Grand National, it was duly passed.

Click here for the full article by Irish Rover via RP