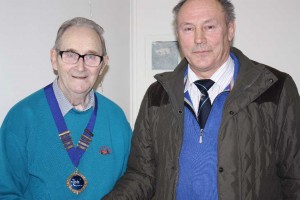 Only two Resolutions had been listed on the agenda for NIPA, and both carried in the vote.

Resolution 1 Submitted by NIPA Committee. Delete NIPA General Rule 38 in its entirety and replace with a new Rule 38. Any fancier who has his/her suspension lifted by any recognised racing pigeon organisation or union and wishes to apply to a member club of the NIPA for membership. The NIPA Club must make representation to the NIPA for permission to accept him/her as a member. For 64, against 8.

Resolution 2 Submitted by Ards HPS and Newry & District HPS. Delete NIPA General Rule 78 in its entirety and replace with a new General Rule 78. The entry for Penzance/Sennen Cove Classic race be limited to 20 birds per member and this race be flown in conjunction with the NIPA Penzance/Sennen Cove race ie. this race reverts to be a Duplicate Race. For 49, against 25.

The following carried in the vote.

Secretary Report – This was published on the NIPA Website for the first time and not sent out to member clubs, not sure too many Delegates had seen or read it. I have published it here.

Note – Telephone calls to the NIPA Office will be recorded from now on.

Full AGM Report in Forum in NIPA Board