The Breeder/Buyer £100 was won by Mrs M Smyth, A Purvis won the Gold Ring and Club Member of the Year was Gilchrist Bros. Club Bird of the Year and the W Workman Memorial Plith was won by J & N Simpson. Their Cheq Pied cock had 1st Club Clonmel, 1st Club Rosscarbery, 3rd Club Mallow and 4th Club Tullamore.

Clich here for Forum Board 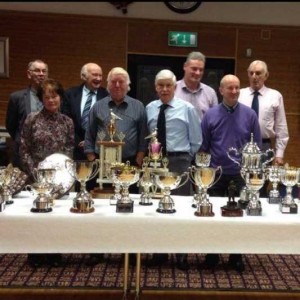