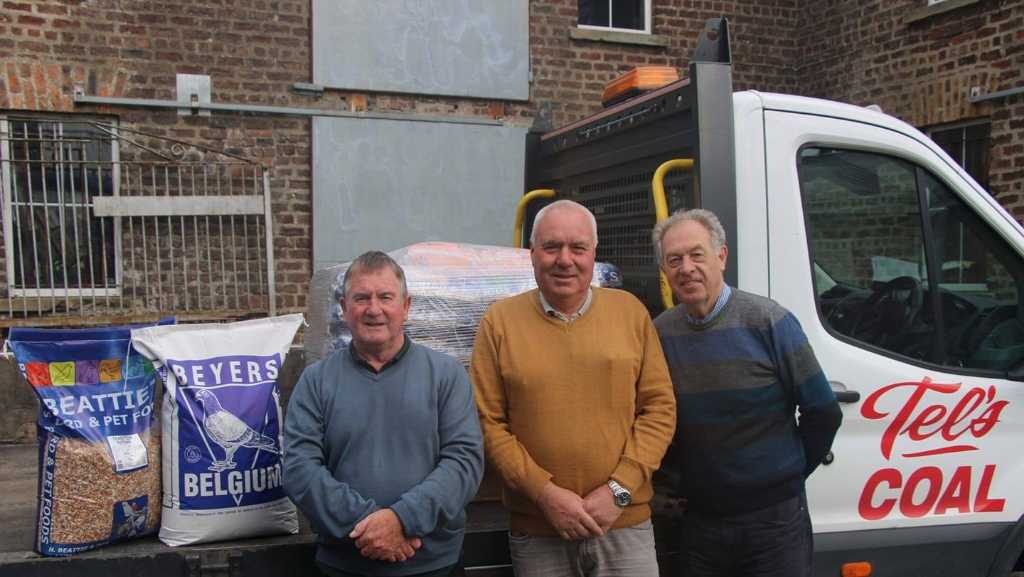 It is a pleasure to be able to congratulate Telford Bros. & S & J Milligan of Downpatrick on their recent successful win of the Grand National Penzance Young Bird Race 2018. Alan Telford & Sean Milligan have been longstanding customers of BEATTIE’s. Top class performance and we wish them continued success for many years to come.  Pictured from left, Sean Milligan, Alan Telford & Cyril Beattie. 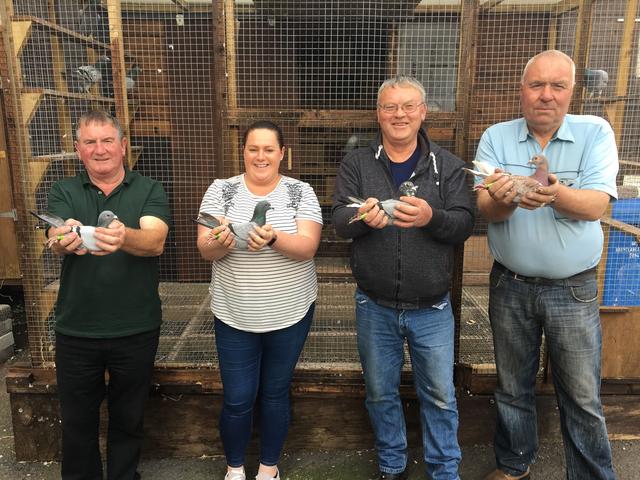 The Irish National Flying Club Blue Riband Young Bird National was held on Sunday 9th September with the birds liberated in Penzance at 7.45am in a light south westerly wind. The race was once again sponsored by Frazer’s Animal Feeds. Race marking was delayed for several days with weather reports forecast strong north to north easterly winds for Wednesday, Thursday and Friday at Penzance and on the Irish Sea. The major race of the young bird season was due to be flown on Wednesday 5th September. Only 175 gallant birds had been recorded on the first day with the prize list completed on the second day when we had poor conditions. All told in the season which has been most difficult for a number of reasons it was no surprise the entry was well down, 251 members from across Ireland sent 1326 birds and members were racing for totapools and prize-money of £14,587.

Don’t forget details and photo for the Top 10 to be included in Race Report. Willie Reynolds PO. E-mail: homerbhw@gmail.com