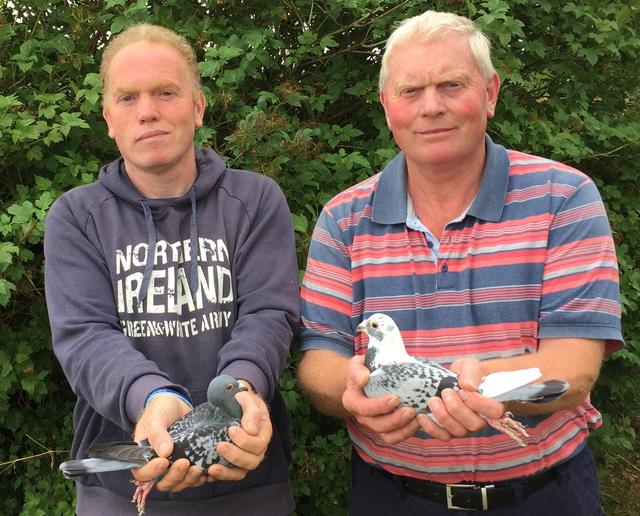 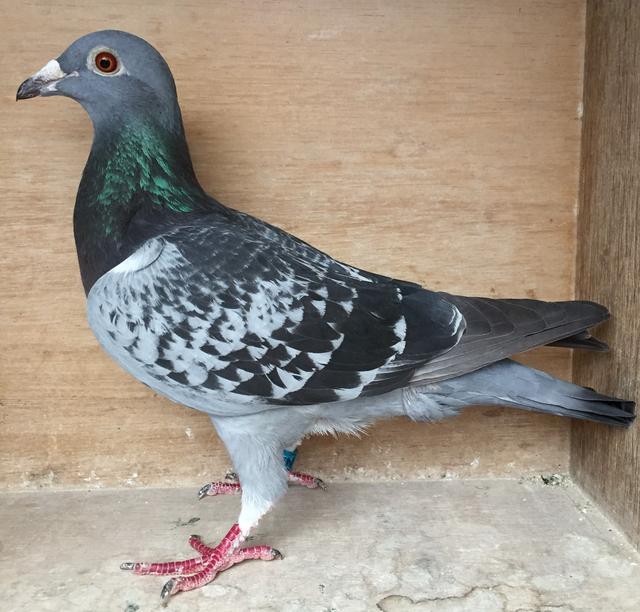 The final race from France was the Friendship National which was flown from Lamballe due to difficulties with the authorities at the release site in Brest.  900 birds were race marked in Lisburn last Tuesday and liberation was on Friday 13th July at 6.30am in a Lt Easterly wind. Some 16 birds were timed on the winning day and that number got up to 100 on the second day with helping conditions, it turned out the best of the season’s races from France. The only bird recorded into the Muckamore Station on the day was timed by Arnold Thompson a dedicated long distance loft from Ballyclare. Twice winner of the event Alan Darragh timed at 10.30am on the second morning into Cullybackey and had a second bird later in the day, Tom Young the Chairman in Ahoghill has had a great old bird season and timed on the second morning for 1st in Mid Antrim Combine. W & L McCaw from Ballymoney won the event from Sartilly in 1993 and will be pleased with three arrivals on the second day. The overall winner was N Black & Son of Dromara, former Kings Cup winners and twice National Champions, it was another Champion performance. Timed at 6.45pm flying 437 miles the Black Family win the Friendship Cup. Race was sponsored by H Beattie & Son. John Greenaway from Bondhill wins the Triple Award Diploma for 3 times in the result with same bird: 2016 – 38th Open INFC Quimper, 2017 – 2nd Open INFC Lamballe, 2018 – 83rd Open INFC Lamballe. Claims for any Merit Awards, or Triple Diploma awards in writing please to Secretary Trevor Topping. The Top 10 report will follow, send details to Homer and photo if possible.