Ballymena and its surrounding district has always had a big following when it comes to pigeon racing, and recently a fancier from the Borough brought to it for the first time one of the sports most coveted awards in Ireland. Drinks Wholesaler and Solicitor Mr Shaun McAllister was presented with the award at the annual dinner and prize presentation of the Irish National Flying Club by Sir Robin Kinahan, the former Lord Mayor of Belfast.

The award the Harkness Perpetual Challenge Rose Bowl is open to any pigeon racer in the whole of Ireland. Mr McAllister had some stiff competition for this year’s honours in the form of 1,750 other hopeful contestants. To win the Harkness Rose Bowl the competitor had to clock the best 2 Bird Average in the Old Bird National which this year was run from Rennes in France. For his average of 12th & 16th Open Mr McAllister flying 506 miles collected prize and pool monies for a bonus of around £450. 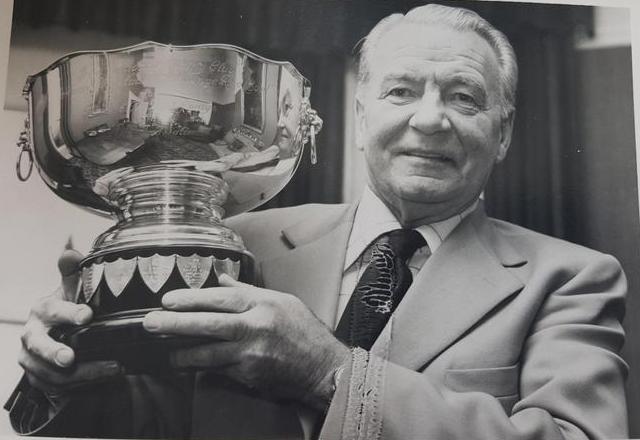