Update on Friday 28th June at 21:00
On the 13th June the permit issued by the FCF ( French pigeon union) who oversee all arrangement to release pigeons in France was cancelled for Nort sur Erdre. The reasons given that their site agent was unavailable on Friday 5th July and a market would be held on the site that day. The RPRA in consultation with the FCF stated that the nearest site was Saint Allouestre. A permit was applied for and granted, The RPRA code for distances is 5107.
The King’s Cup will be flown weather permitting on Friday 5th July from Saint Allouestre.

Ballymoney HPS 8/20 – W McCaw 1093, J Connolly 846, R J Elliott 606. One bird on the day and two arrivals on the second day. Billy McCaw times his Dark Cheq “Greystone Dawn” to win Ballymoney again flying 523 miles this hen was the only bird in race time in last year’s Kings Cup flying 531 miles. This is her fourth time in the clock from France and will win a “HALL OF FAME” award. This will be his second Hall of Fame award in two years, some racing.

Beechpark Social – Dando & Bennett 886, 680. John had to wait a few years to break his duck in the club and now makes it a super double from the 2 longest races, although this comes as no surprise to the members as he was 3rd Open INFC Kings Cup a few years back, well done D&B.

** All the club results placed on www.pigeonnetwork.com will be included in the published column for Homer’s Odyssey. 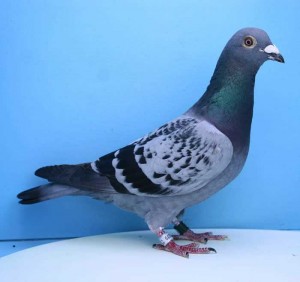 Ron’s 2013 INFC King’s Cup winner has been named Rab’s Delight after his late father. Rab’s Delight flew the INFC inland national, then the INFC yearling national, returning home hawked. He was paired up and sent to the King’s Cup sitting on 14-day eggs. His increased willingness to exercise well indicated to Ron that he had recovered from his hawk attack. Ron extends his thanks to his daughter Claire and Gerry Creaney for the part they played in the preparation. The bloodlines are that of Ron’s Champion Lady Helen with the inclusion of Gregg Bros & McCandless’ National winning stock and Maurice Wilkinson’s King’s Cup winning lines.