Mid Antrim Combine – The very popular Champions League competition will operate as in previous seasons, on a League basis for the inland racing and then Knock-Out in the cross channel events with the final from Penzance. All member clubs have submitted teams to compete, the draw was as follows.

With the third race added flown from Fermoy we have all four Kells & Dist lofts leading their respective sections, not sure this has ever happened before with one club leading all four competitions. Well done to Harry Boyd, George McDowell, Surgenor Bros and Scott & Clements. It’s some race in the Group (2) with 7 of the 8 clubs featuring in the points.

In the final week of the League Competition four lofts have now qualified for the Knock-Out stage starting at Talbenny. All eight lofts scored points in the Group 2, Steele & McNeill got through with a big result from Clonmel, it was always thought this would be the big competition of all four groups. The tie for 4th place in Group 3 & 4 was decided by the Rosscarbery Velocities. Last season’s Champion Loft Reid Bros & McCloy just like last season scraped through in the final race before the Knock-Out stage. All the interest now is on the competition for Talbenny, no League straight Knock-Out!. 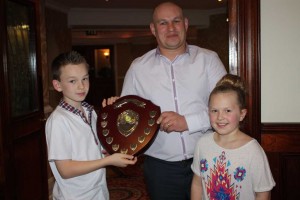