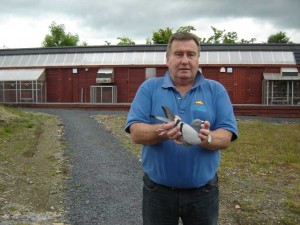 Secretary Robert Reid has released the list of awards in the RPRA (Irish Region) for the 2013 season. The Meritorious Awards are presented for individual bird performance from two cross channel races Talbenny (2) & Penzance, across each NIPA Section.

The NIPA Champion Birds of the Year were decided at a recent meeting.

All the awards will be presented at the annual NIPA Ladies Night.