RUSSELL Martin – It is with sadness I report the passing of Martin Russell, Dromore. He had been ill over the last number of months but was still getting about and making arrangements for the new racing season. Racing with brother Fred, M & F Russell were ace racers in the Dromore area for as long as I can remember winning numerous races including 1st Open NIPA and Sect D Fancier of the Year on numerous occasions. Fred has been Secretary of the NIPA for a long time, and I first came across Martin during his time as Secretary of the Irish Nat FC when I would be looking for results and other info. Until it closed a few years back it was Martin Russell who supplied the results for the Ireland’s Saturday Night, a not miss paper at the time. He passed away peacefully at home on Friday April 4th, the funeral service was held on Tuesday 8th April in the First Presbyterian Church Non Subscribing, Dromore followed by interment in the ajoining burying ground. Family flowers only, donations if desired for Macmillan Nursing Care and Marie Curie, c/o R J Poots & Co Funeral Directors, 6 Circular Road, Dromore BT25 1AL. On behalf of the local fancy sincere condolences to the family circle including daughter Amanda, son Mark, brother Fred and sister Jennifer. 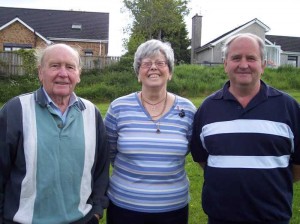