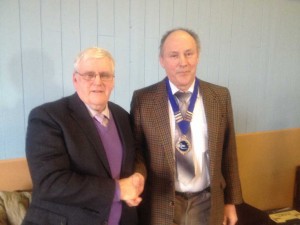 Click Here for the Meeting Report in the Forum 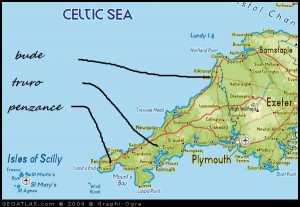 The NIPA Annual General Meeting will be held in the Protestant Hall Glenavy on Saturday 15th February at 2.00pm, all member clubs are expected to call a meeting to mandate their Delegates on voting. There is plenty to discuss with 20 Resolutions down for decision and an opportunity to change the Old Bird race programme. All items including accounts are to be delivered shortly, the Committee have already discussed the financial situation and there could be a lot of big changes come the new racing season.

The following are the list of Resolutions submitted by the member clubs for decision at the AGM, it should be noted only Delegates can vote or enter into the business of the meeting. Delegate cards have been enclosed with the AGM documents and these cards will be required in the recording of votes. No discussion is allowed on the Resolutions and the secretary Fred Russell has asked all clubs to consider the Resolutions very carefully as a change usually has a cost. Remember as well the vote will be the decision of the membership.

The NIPA only transport pigeons belonging to Members of the Organisation.

The present Race Committee be disbanded and a new one formed to be made up of One member of Each Section.

Two pigeon fanciers to be employed by the NIPA and travel to every liberation and act as Convoyer’s for the Organisation.

The NIPA to publish all Section & Open Results of every race in the British Homing World.

All Championship & National races to be individually detailed on the Financial Report. These to include all items of Expenditure & Income.

Resolution No 6. Submitted by Gilford & District

The NIPA to obtain Quotations from two Haulage Contractors for the supply of Lorries & Drivers for the transport of pigeons, excluding the Rigid Type Transporter. This Quotation to be made available for the 2014 AGM. The Quotation to include Insurance for two members to go with the Hauliers to look after the welfare of pigeons and act as a contact for the Race Controller. All details of collection and race points to be given for Quotation.

That in the OB Channel National if in the event of unforeseen circumstances suck as bad weather forcing the birds to be brought back to England. Then the birds be liberated at a racepoint in England that was raced the same year.

Resolution No 9. Submitted by Newry & District

Resolution No 10. Submitted by Newry & District

Resolution No 11. Submitted by Newry & District

Resolution No 12. Submitted by Newry & District

Resolution No 13. Submitted by Beechpark Social

A competent Committee be formed to examine all aspects of All ETS Systems and forward their report to the NIPA.

That two experienced pigeon fanciers be employed by the NIPA in the role as Convoyer’s for the forthcoming season.

Resolution No 16. Submitted by NIPA Committee

That the entry for the Penzance Classic be limited to 20 birds and that this race be flown on its own.

Resolution No 17. Submitted by NIPA Committee

No fancier is permitted to release pigeons within a 20 Kilometre Radius of Dublin Airport also no fancier is permitted to train their pigeons within 50 Kilometres of the East Coast of Ireland South of Dublin. The NIPA recommend, that you do not release pigeons South of Balbriggan. The Penalty for any member found to be breaking this Rule will be 5 Years Suspension.

Resolution No 18. Submitted by NIPA Committee

That the NIPA introduce a New Award for a Champion Old and Champion Young Bird for each of our 8 Sections. From these 8 x Winners the Overall NIPA Champion OB and Champion YB will be chosen.

Resolution No 19. Submitted by NIPA Committee

Any fancier who has his Suspension Lifted by any Racing Pigeon Organisation and wishes to apply to a member club of the NIPA for membership. That club must make representation to the NIPA for permission to accept him/her as a member.

Resolution No 20. Submitted by NIPA Committee

That clubs charge all their members an equal price for the transportation of their pigeons to NIPA Races.

Two Programmes to decide Programme A is last season and Programme B was submitted by Newry & District.

YB Programme A is last seasons

Club votes to be returned on or before 15th February 2014

2014 SECRETARY`S REPORT – YOU SHOULD HAVE RECEIVED COPIES OF THE RESOLUTIONS AND BALANCE SHEET FOR 2013 SEASON.

THE GENERAL ACCOUNT DEFECIT OF £3,883.69 IS MAINLY DUE TO THE RISE IN WAGES WHICH WE COULD NOT AFFORD, A PRESENTAION TO MR L BOYLE OUR PATRON ON HIS 90TH BIRTHDAY

Mr Boyle was presented with a magnificent chair costing around £3,000 and Sky  being installed into his room.  This will assist to make his stay in his Nursing Home much more comfortable and enjoyable. His health is reasonably good and he wishes to thank everyone for their kind generosity.

We will not have this expense in 2014

On the income side members fees have risen by £460. However we did loose 55 members

The committee will do their utmost to hold down any increase to a minimum.

The Transporter Account is in some difficulty, Income from birdage down around £18,000 some 40 to 45,000 less birds entered in races. I have never seen such a massive drop in birdage.  If the number of birds transported had remained the same the transporter account would have looked respectful.

We reduced expenditure by £7,205.  The Committee will have to look at expenditure and see if we can make any more savings. There has been no increase in crate costs for quite a number of years, on these figures an increase looks likely, not welcome news I am sure your committee will hold any increase to a minimum.

At the moment we have over capacity with seven transporters collecting pigeons, it would make sense to reduce our transporters to six, however this would mean great inconvenience to members  with collection times advancing. I do not have a solution for this problem.

We must do everything possible to increase the number of birds being transported. I will comment on this problem  when  speaking about certain resolutions.

Pigeon Line income is up I feel this income will fall in the future as more and more members are getting all the information they need on the Web Site. Income from Dept. of Employment is welcome at £1,725. This is money given by the government if you give someone a job who is currently out of work and signing on the bureau.

There was a loss this year on other transport income, convoying charges and National races. The committee have already looked at this problem with the auditors and will take steps in 2014 to try and rectify this problem. This loss would have been much higher if we had not received income from other organisations as we transported their pigeons to a number of races.

The balance sheet is still very strong. Bank interest received of £6,061 helped to reduce the overall value of your organisation by £16,937.61 and some good news a further £2,367 has been received and lodged for transportation costs. This amount will be carried forward to 2014.

Your Organisation is valued at £624,053.39. Some members believe this is a cash balance, it is  not it includes all your assets.

We all need to encourage new members into our organisation more members means more birds, and more birds means more revenue and that helps to keep the costs down.

At THIS TIME WE DO NOT NEED TO TURN AWAY REVENUE FOR THE NIPA.

If anyone needs any further clarification on these accounts feel free to phone and ask or call at the NIPA office where you will be made most welcome.

It is good to have such a strong balance sheet as it can stand this loss.

The Resolutions this year number 20. You must ask yourself, are they all in the interests of the NIPA and its members.

I cannot tell you what way to vote that would be wrong of me. I can only ask you to look at them carefully, study them, and ask yourself do we really need  that change and be certain in your own mind that it is in the interest of ALL the members of the NIPA  and the organisation .

The NIPA committee will issue each club with guide lines as to how birds are being race-marked on the ETS system. These guide lines must be introduced by your club, you can not deviate from them.

They must be followed to the letter and the NIPA will set up teams of members to call unannounced at your club to check on everything. They will make a report and if any club is found to be breaking rules they will be in serious trouble.

DRUG TESTING WILL TAKE PLACE THIS YEAR ANYONE CAN HAVE THEIR BIRDS TESTED.

If we suspect there is something going on your clubs birds will be checked before being allowed to continue to the race point. If ANY MEMBER HAS ANY DOUBTS PLEASE CONTACT ME IN STRICT CONFIDENCE.

The 2013 season is over and a new season is just around the corner.

There are many people I would like to thank for the assistance given to our organisation.

The President, Vice Presidents, Committee members Race Controllers, Transport Manager, Drivers, Secretary`s, Result Secretary`s, who now can send me a result on the day of the race and a full result published by mid-morning the following day what a change. Remember you can now E-mail your result. Met Erin, fanciers on route keeping us informed regarding weather conditions in their area especially those in Wales, England, Channel  Islands, and in France. To all of you a sincere, thank you from all the members of the NIPA.

Before I conclude my report I must bring it to your attention how all organisations must work together our sport is on the decline and in not to many distant years the number of pigeon fanciers will fall dramatically.

In Southern Ireland we need all the friends we can get, remember it is where the majority of our racing takes place.  There are people not pigeon men trying to do their utmost at trying to ban pigeon racing through-out IRELAND. We must do our utmost to keep Dublin Airport Authorities on our side work with them to try and prevent a serious crash involving racing pigeons. If this should ever happen it would be the end of our sport in an instance. BALLDONNELL MILITARY AIRPORT WHICH IS SITUATED SOUTH WEST OF DUBLIN – DO NOT LIBERATE PIGEONS ANYWHERE NEAR THEIR SITE THEY WANT ALL OF US BANNED.

When we are on the mainland at Talbenny, Bude and Penzance, liberations should be kept to a minimum so as pigeons are not crossing the Airport all day.

What I have told you is serious we are doing our part to cooperate please do you yours.

I hope the weather is kind to us in 2014 and we all enjoy a wonderful season. Fred Russell Sec.