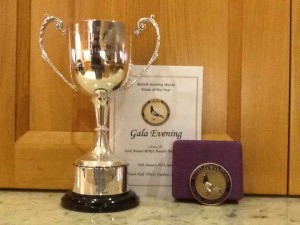 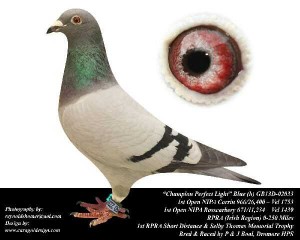 Sprint Champion 0-250 Miles plus Selby Thomas Memorial Trophy, a Medallion and a cheque for £100.

The Irish Region (RPRA) awards for the 2015 season were confirmed at a meeting held in the Templeton Hotel in Templepatrick last Saturday afternoon. Secretary Robert Reid had all the claims in order and awards were confirmed both for the NIPA Meritorious Awards and the Mileage Awards for Adult and Junior Fanciers. The Merit Awards are for Individual Bird performance over two cross channel races namely Talbenny and Penzance. Congratulations to Ron Williamson of Newry & District who won the Overall Award for the best velocity. As far as the Mileage Awards are concerned the various winners can now look forward  to the judging at RPRA National level and hopefully add to the many awards won over the last number of seasons, these will be presented during the Blackpool Show weekend in January next year. The local awards will be presented as usual at the NIPA Ladies Night.